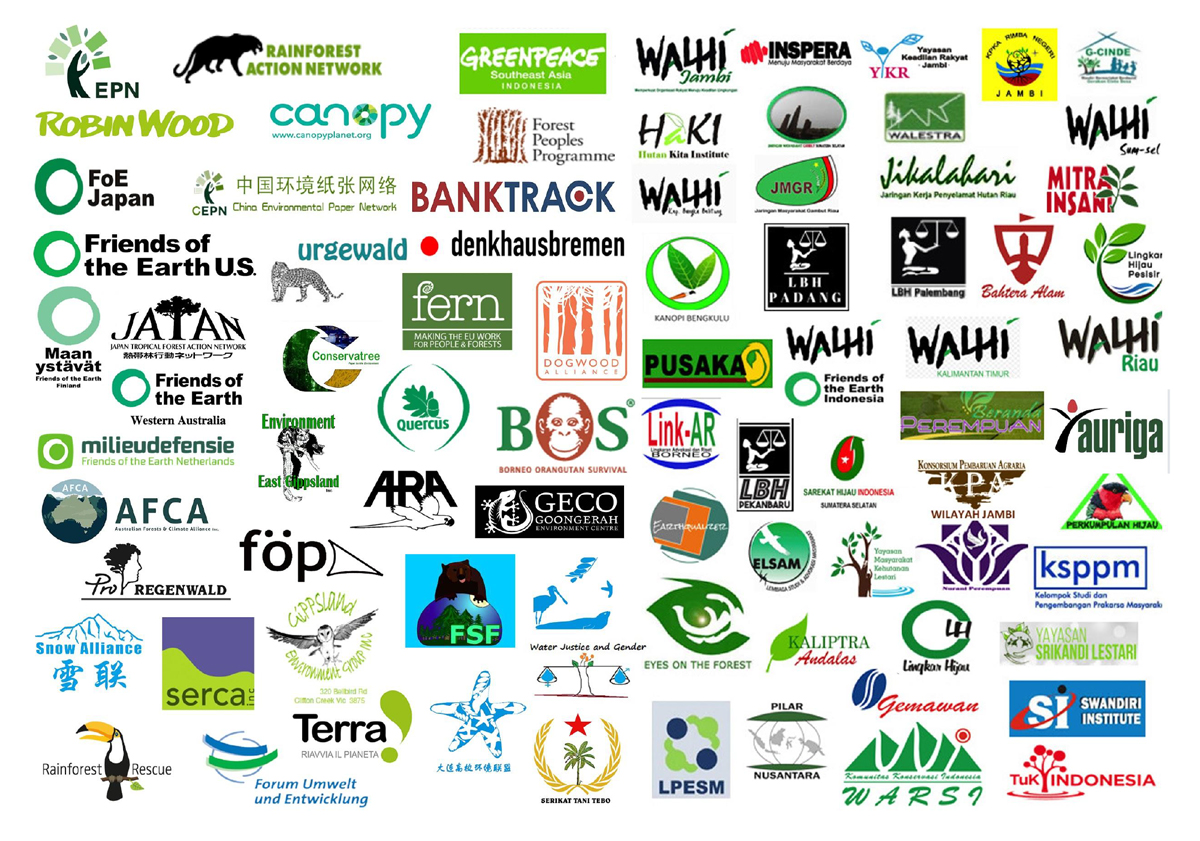 We are contacting you about the destruction of community food resources in the village of Lubuk Mandarsah, Tebo Regency, Jambi Province, Indonesia, perpetrated by PT. Wira Karya Sakti (WKS). WKS is an industrial pulpwood producer affiliated with Asia Pulp and Paper Sinar Mas (APP Sinar Mas), one of Indonesian main pulp companies. On the morning of 4 March 2020, a drone sprayed poison on the community’s rubber trees, vegetables, and palm trees. This is the way PT Wirakarya Sakti resolved its conflict with the local community: by jeopardising the safety of their food and livelihood in the middle of the Covid-19 crisis.

This is not the first violation by WKS. In 2015, a farmer union leader, Indra Pelani, engaged in protecting community land, was brutally killed by WKS security.

Back in November 2019, the security team of PT Arara Abadi, another APP supplier, had arrested Pak Bongku, a member of the Sakai indigenous people, for planting sweet cassava in his ancestral land claimed by the company.

In areas sought by Indonesian pulp and paper giants for their business development, social conflicts that lasted one or two decades may intensify.

Indonesian paper giants repeatedly promised a fair resolution to all their social conflicts in the region, but now they seem to go back to their original attitude, dealing with conflicts using intimidation, violence and abuses.

This attitude is not only wrong, but may become dangerous and escalate violence, considering the scale of these conflicts:a comprehensive mapping done by EPN, together with a coalition of Indonesian NGOs, revealed that APP’s affiliates or suppliers are involved in conflicts with 107 communities in Indonesia, involving around 350,000 ha of disputed land.

In reaction to PT. WKS’s behavior towards local communities, and to prevent this from happening again, we urge buyers and financial institutions to take the following actions:

● NOT to do business with APP, its brands and / or affiliated companies, until it is proven and verified that APP has made radical changes across their business. The abuses committed in the Lubuk Mandarsah community, as well as the repression against the Sakai traditional community, are clear evidence of APP’s failure to resolve their social conflicts and respect community rights, despite their commitment to do so included in their Forest Conservation Policy. This is also one reason why NGOs keep questioning APP’s claim that, as of October 2019, they are on track to resolve about 49% of their conflicts with their concessions and suppliers.

● We, Indonesian and international organizations, encourage buyers and investors to avoid brands and papers linked to APP, Sinar Mas, Paper Excellence and their sister companies controlled by APP’s owner, the Widjaya family.

We hope all parties conducting business with APP, or planning to, will be able to take a strong position immediately in relation to the latest incident. We thank you in advance for your support and cooperation.

● PT. WKS’ action of spraying poison by using drones, not only can damage community food security, but can also threaten the lives of the surrounding communities, including children and infants, as gardens are also the place where families and children socialize and play.

● Based on local community information and WALHI Jambi investigation, prior to the poisoning carried out by a group WKS officers, some community members who tried to peacefully stop the company activity in the conflict area, were intimidated and expelled by PT. WKS security officers.

● APP keeps violating its own conflict resolution protocol. In 2013 APP committed to resolve social conflicts by dialogue and to implement the FPIC procedure for all new activities that potentially would affect the communities. Instead the company poisoned the fields, threatened the villagers, and finally reported them to the police. Furthermore, following the report from PT. WKS on March 11, 2020, one community member received an attendance notice from the Tebo Resort Police.

● The village of Lubuk Mandarsah in Jambi is one of the villages identified in the NGO coalition report as an active conflict area between PT. WKS and the community. The report published in October 2019 stated that there have been 107 active conflicts and 600s potential conflicts involving APP in Indonesia. Conflicts in the Lubuk Mandarsah area have occurred since the early 2006. There have been several processes that have taken place since 2013, but WKS and APP are very slow and do not actively respond to and/or engage with community demands.